The birth of AASA (Association of Armwrestling South Africa)

Founded in 2001 by Armand du Toit, Golden Arms set out to be the leading competitor in its field, promoting armwrestling as a sport and growing the number of competitors.

After winning the R50 000 challenge in 2000 Armand set out on a journey across the world to see what the sport is like overseas.

Armand went to compete at the Worlds in 2002 hosted in the USA.

The following year he went to Canada to place a bid to host the worlds in his home country of South Africa the following year, the bid was successful and the worlds was hosted in Durban 2004 with over 500 athletes from across the world coming to compete.

Since then the sport has grown both internationally and in South Africa.

In 2019 Armand broke free from WAF ( World Armwrestling Federation ) due to corruption and lack of potential for athletes and joined IFA ( International Federation of Armwrestling ) which is now the dominant federation of armwrestling in the world as AASA (Armwrestling Association of South Africa) thus giving athletes opportunities to participate where they want and grow themselves as athletes. 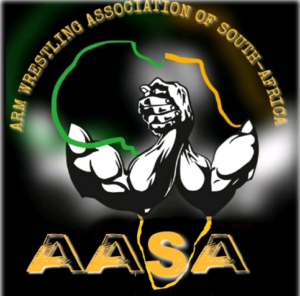 Our goal is to grow the sport and it's athletes to the level it is overseas and we know this goal is very much in reach.